Sorry for the delay in updates - house sale/moving is playing on our minds at the moment, as we almost had a moving day - but not quite!!!

Anyway, back on Saturday 24 November, we drove up to MGM to see how Muleless was doing.

She had been booked for sprayfoaming on the 23rd, but this had to be changed to the 26th at the last minute, so there wasnt quite so much to look at as we had expected. 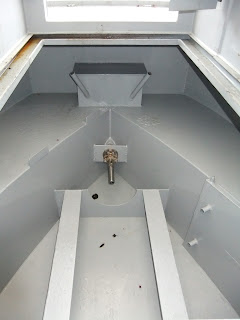 The engine bay has been painted - and looks huge at the moment. 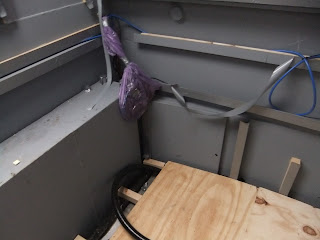 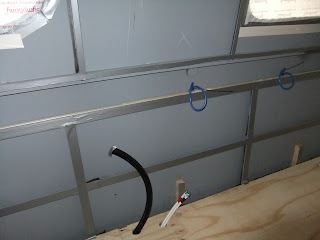 Pipes have been fitted under the floor, and wires for electrical points put into place. 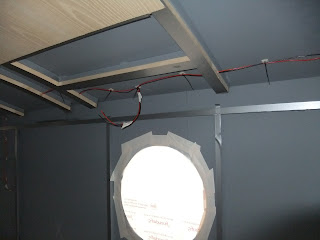 The wiring for the 12volt lights have been run along the ceiling. 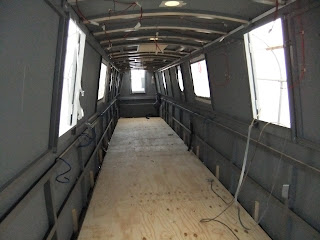 All the ballast is in and the floor is laid.

Muleless was still on the slipway - due to the floodwaters on the River Soar at the time. The water had started to recede but you can see on the picture below how high it got! 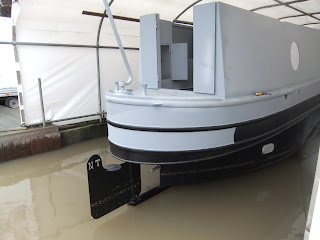 Here are some pictures of the river showing the level then - just imagine what it would have been like at the peak!! 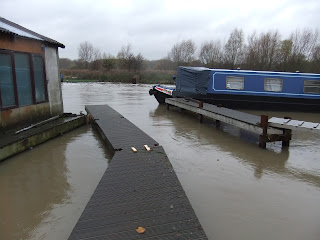 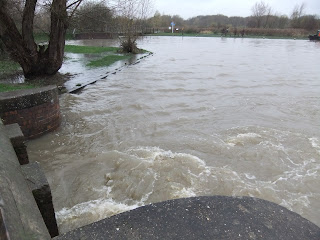 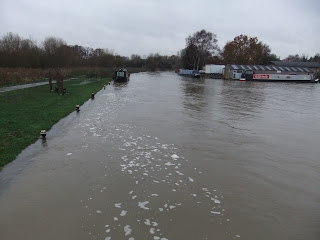 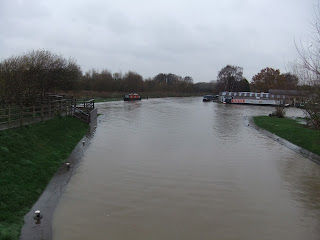 The spray foaming has now been completed, Martin from MGM took some pictures for us - so when we have those I will post them.  Muleless was also able to move into the floating dock after the river level dropped, so at least the next time we see her she will be in the water as she should be!!

We are now working towards the house sale completing after Christmas, so at least we can relax a bit now, and we should manage another visit to MGM before Christmas.