Finally on the move again–and overstretching ourselves!

We finally left MGM at 11.30 on Tuesday. It was nice to be on the move again!

The river looked so different to two months ago when we arrived!

We passed swans on their nests, 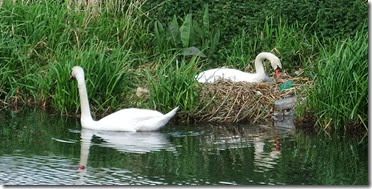 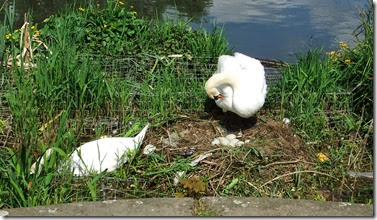 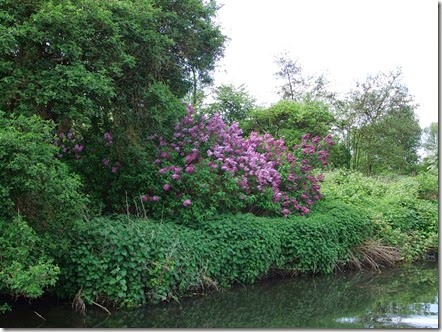 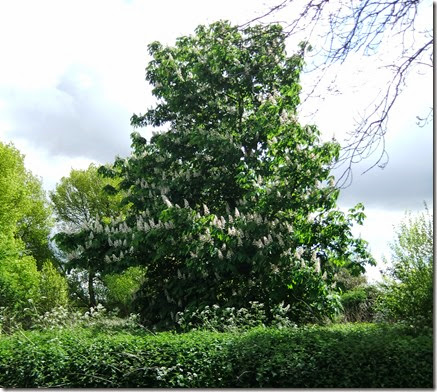 Everything had sprung into life since we last passed!

See the difference here at Swans Nest Weir by the space centre!

We used our proven tactic to retrace our steps through Leicester, gliding through on electric drive with me walking and rubbish spotting again. We had no problems and were soon mooring up at the Castle Gardens pontoon to pop over to Tescos for some shopping.

We set off again, eating lunch on the way. See how green the mile straight had become since our journey through! 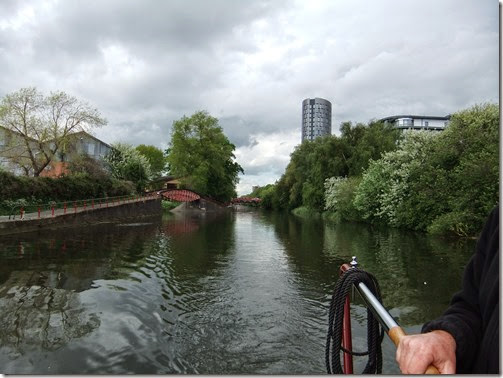 Despite still being the outskirts of Leicester, this section between St Marys Mill Lock and Aylstone Mill Lock looks more like jungle! 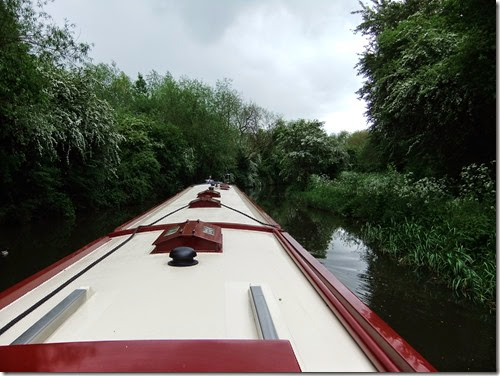 Just after that lock we had a close encounter with half a tree! We managed to slide by without any damage! 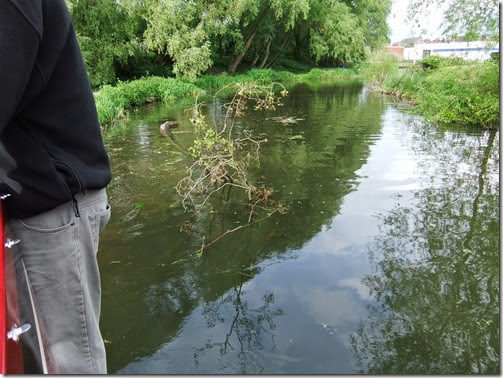 We were shortly passing where the Soar joined the canal, and then headed up the lock back onto the canal proper! 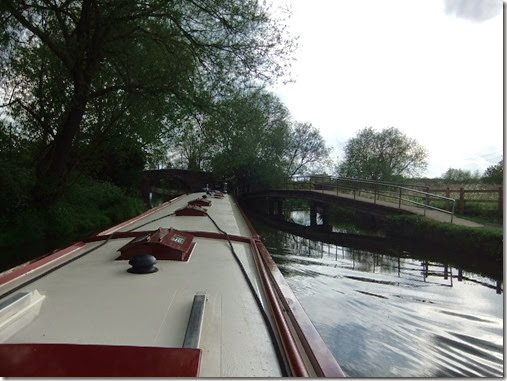 We decided we had done enough for our first day boating, so after passing through Blue Bank Lock, we moored up in the same spot we had used two months ago on the way to MGM.

At our first lock of the day, Gees Lock, I had some help from the locals – but wasn't too sure if they were friendly or not, so stayed on my side to be sure! 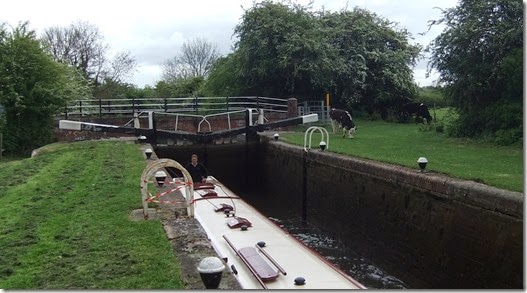 Two locks further on we came across some volunteers removing debris from the water, and I mentioned the tree from yesterday, and was told that it had been removed that morning – so no hazard to other boaters now!

We also realised that we were just behind another boat, and at the next lock they were just at the top as we arrived, so agreed to share the next 3 locks to Kilby Wharf.

We passed this CRT guy repairing the brickwork on this bridge. 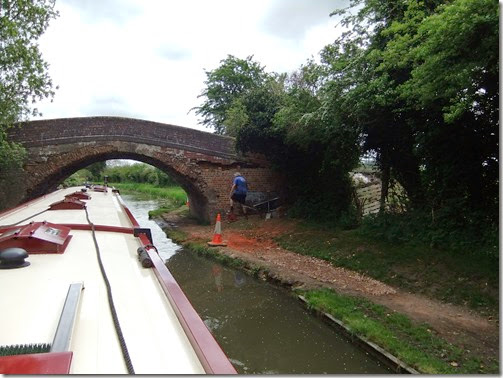 It was nice to share locks with another boat – made the passage so easy! We both pulled in to Kilby Wharf and watered up. Our companions, NB Dreamkeeper, Barry and Sue, were mooring up, but we decided just to have lunch and then move on. This turned out to be our BIG mistake!

The forecast “showers” arrived just before we left, so we waited and pulled away when the rain stopped – this was an omen – we debated whether to stay there, but decided we would carry on.

We had already done 7 locks, and our destination was 7 locks, 3 miles, further on near Wistow Garden Centre where we had spent a lovely weekend on the way up.

Things started fine, having missed the first shower, we plodded on happily, Gary taking the locks in his stride! 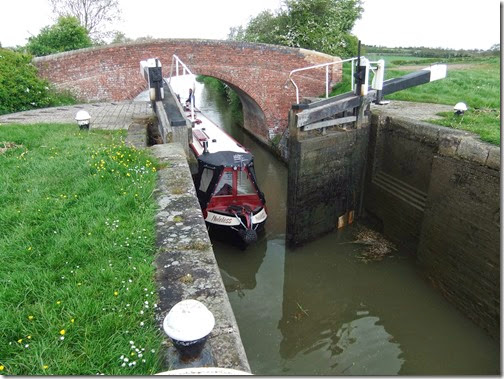 At the next lock, the showers returned, having moved Muleless into the lock, we cracked one of the paddles and sheltered under the trees whilst she slowly rose.

The rain stopped, but we were drenched, so changed into dry clothes and donned full waterproofs ready for the next deluge (which didn't happen, but at least we were prepared!)

At the next lock more locals were waiting to help, but I think I frightened them away – they all ran back through the fence!

We were starting to flag now! Waterproofs making us hot and irritable, my arms and legs had just about had enough, and Gary had started to help me with the gates and paddles, as well as having to climb off the boat and hold it with the centre rope whilst it rose.

As we exited our 14th lock of the day, we were looking forward to mooring up and resting.

The only mooring spot was right next to the railway and we didn't want to be that close! We foolishly thought we would be able to moor where we had last time – but that was not to be! Two boats were moored on the armco, and the rest was very overgrown, so we pressed on.

We thought there would be somewhere round the corner – but there wasnt! We tried a couple of spots, but they were too shallow!

It was now 8.30pm – we desperately tried mooring on some armco – which was again too shallow, so had to do the last lock!

By this time we were totally exhausted and were ready to tie to a tree if necessary!

Luckily there was some armco just past the top of the lock and we remembered stopping there for lunch on the way through, so knew we would be able to moor. Just in time, as it got dark!

So after 19 double locks and nine and a half miles in 10 hours, we have decided to never do that again!! Our goal will be to stop at lunch time (about 2pm for us) giving us plenty of time to find a mooring!

Our next destination was Foxton, and I’ll tell you about that tomorrow!