Due to the house sale fiasco (long story - details later), we decided to take a well earned break to Scotland for a week.

When we booked it, the weather had been stable - but by the time we left the snow had arrived!

We left home at 7am on Friday 18 Jan just as the blizzard hit the south coast. We slithered up to Oxford with the snow, and then luckily started to get in front of it.

We had decided to drop in to MGM on the way to check on progress (just a small detour!)

At Leicester there had only been a small flurry of snow that day, but Muleless still caught some, as she has been moved back into the poly tunnel whilst another boat was in the paint shed. 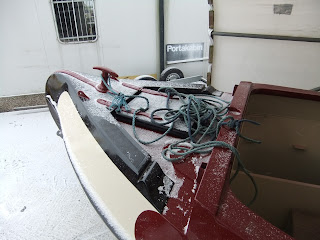 The colours are just as we had imagined - we are very pleased with the work so far. 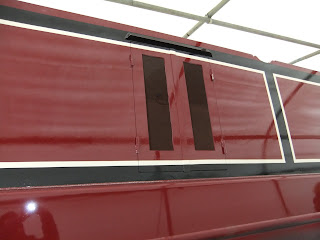 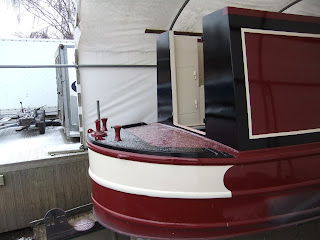 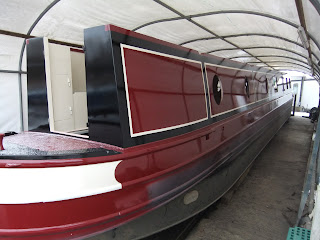 There is still work being done, but you can see she is coming along nicely.

We then left Leicester and made the rest of our journey to Scotland without seeing any more snow until just past Stirling. 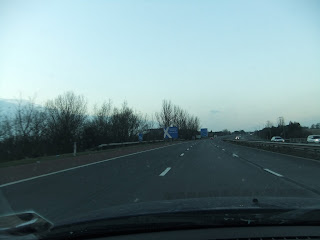 We were lucky to make it to our accommodation in Aberfeldy, as we then got caught in the blizzard that started a week of almost continuous snow. 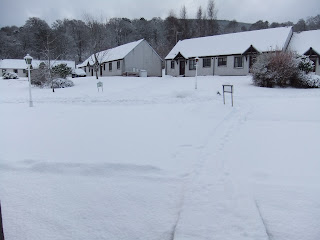 This was the view from our front door when we looked out next morning! 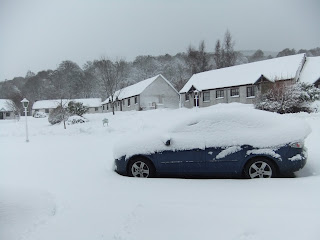 We did manage to get the car parked outside, but it kept disappearing under a snow blanket!
So mostly we just walked. 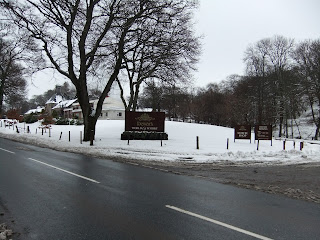 Luckily the nearest distillery was only a mile and a half away - any easy walk! 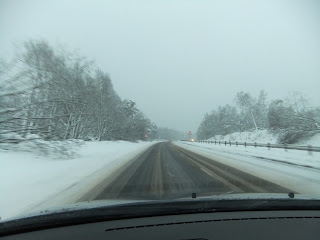 When it was time to leave, on Friday 25 January, we were again caught in a blizzard as we drove towards Stirling! 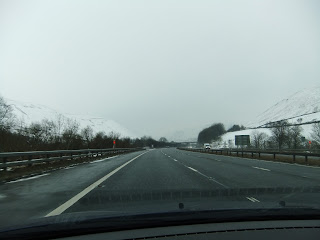 But once we passed into England, although the snow was on the fields, the roads were clear.

By 8pm the M6 through Lanarkshire was a different story and had been closed due to heavy snow!

We had a really lucky escape - by then we were safely home in Gosport - having seen no more snow!